Vavilov in Action: New Test and Framework for Standard of Review applied in Local Government Context

As addressed in a previous post, in December 2019, the Supreme Court of Canada released its decision in Canada (Minister of Citizenship and Immigration) v. Vavilov, 2019 SCC 65 [Vavilov] which introduced a new test for the determination of the applicable standard of review of administrative decisions and revised the framework for conducting reasonableness review.

Last week, the Supreme Court of BC delivered a judgment which significantly delves into the analysis and application of Vavilov in the local government context. The decision of G.S.R. Capital Group Inc. v The City of White Rock, 2020 BCSC 489, delivered by the Honourable Madam Justice Forth, concerns the judicial review of a decision made by the City of White Rock (the “City”) to withhold a building permit for a 12-storey building  from G.S.R. Capital Group Inc. (the “Developer”) despite the Developer already having been granted a development permit for the property.

By way of background, in September 2017, the City amended its OCP and zoning bylaws to create a new “Lower Town Centre” mixed use area, which would allow for increased height and density of buildings in the area. In July 2018, the Developer was issued a development permit to build a new 30 unit, 12-storey residential building within the area, which would replace an existing two-storey building.

In November 2018, following the City’s general election, the newly elected Council held its inaugural meeting. At that time, the Council immediately set out to reverse course on the prior Council’s development ideas for the Lower Town Centre and sought to limit new developments in that area to no more than 6 stories. Accordingly, the City sent the Developer an email in early November 2018 advising that, pursuant to provisions of the Local Government Act, the developer had an immediate 7-day window to submit its building permit application. The developer was unable to meet that deadline.

Ultimately, in March 2019 the City amended its OCP and zoning bylaws to reduce the maximum height and density in the Lower Town Centre. The developer was advised that it would have to comply with the new bylaws and would not be permitted to proceed with the development previously approved under the prior issued development permit.  Accordingly, the developer brought the petition for judicial review seeking a declaration that it was entitled to proceed with its proposed 12-storey development and asking that the new land-use bylaws be quashed.

In her decision, Justice Forth first addressed the appropriate standard by which to review the City’s decisions.  The Developer argued that, despite Vavilov, the standard of review remained correctness on two grounds: (1) s. 623 of the Local Government Act, which allows for the challenge of a newly adopted bylaw, should be construed as a statutory appeal mechanism; and (2) the Supreme Court of Canada has long held that the interpretation of municipal enabling legislation is subject to correctness review and that Vavilov should not be read as changing the well-settled jurisprudence.

However, Forth J. found that the Developer’s arguments held no water. Vavilov is clear that true questions of jurisdiction no longer warrant a separate category for correctness review and none of the exceptions to the presumption of reasonableness were applicable. She specifically rejected the suggestion that s. 623 of the LGA creates a statutory appeal and found that Vavilov substantially changed the law with respect to true questions of jurisdiction such that the SCC’s prior jurisprudence on review of local government decisions can no longer be relied upon.

Madam Justice Forth then turned to the application of the reasonableness review to the issue at hand. She found that the City’s interpretation of the LGA as providing it authority to withhold a building permit after already having granted a development permit was reasonable. She also found that the City reasonably applied the Local Government Act by withholding the building permit, that the City afforded the Developer appropriate procedural fairness in the process, and that the City’s decision to amend the OCP and zoning bylaws in March 2019 to reduce the allowable height and density was reasonable and not done illegally nor in bad faith.

Lastly, Forth J. rejected the Developer’s argument that the possession of a development permit “grandfathered” the Developer in under the former OCP and bylaws by way of the lawful non-conforming use provisions of the LGA. The Court rejected such a notion on the simple basis that a building could not be “lawfully under construction” for the purpose of s. 528 of the LGA if it did not have a building permit.

Accordingly, the Court concluded that the City’s decisions were valid and declined to grant the orders sought by the Developer. This decision is an excellent example of the application of Vavilov in the local government context and demonstrates the deference that the Courts will afford local governments when applying the reasonableness standard. Despite the City’s success in defeating the petition, Madam Justice Forth nonetheless recognized the “terrible place” in which the City’s decision placed the Developer. As such, the Court explicitly suggested that the City should consider whether to pursue its legal costs in the circumstances. 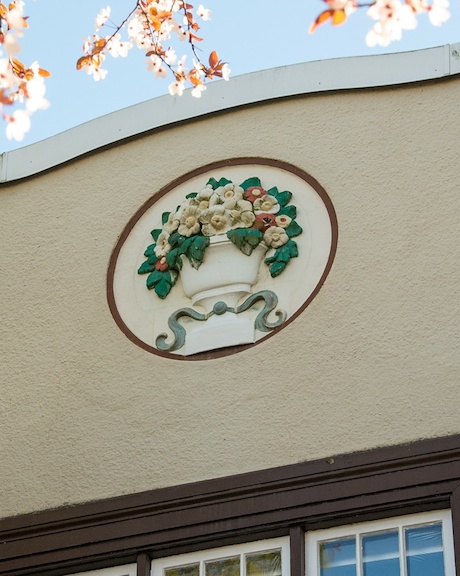